The project VAK”AN”ZA came to light in year 2008 in Zadar.  Although the majority of citizens of Zadar already know what is hiding under the name VAK”AN”ZA, it would be useful to repeat some basic information in order to inform you properly. VAK”AN”ZA is an acronym behind which hides the full name of the project – Water Polo Amateur Cup for anti-water polo players and non-swimmers of the Zadar archipelago. From the very beginning, the project aims to offer something new and different, it offers something that everyone can engage in. Namely, the team water sport that appeared in the 19th century, takes on a different form and makes it more interesting, special and certainly more accessible. Year after year VAK”AN”ZA has been ‘growing up’ and we, citizens of Zadar, have been growing up with it. We are the witnesses of the fact that VAK”AN”ZA has become inevitable summer event in our city and has made Zadar waterfront and Mul (Dock) a meeting point, a place where everyone could, at least just for a moment, become sportsman and taste the victory, the place where lots of  friendships and even love have come out. Every year the aim is to make VAK”AN”ZA better and more interesting, to improve it. Thus the musical part has become an inevitable part of the project, attracting even more people and affirming that VAK”AN”ZA is a project available to everyone. 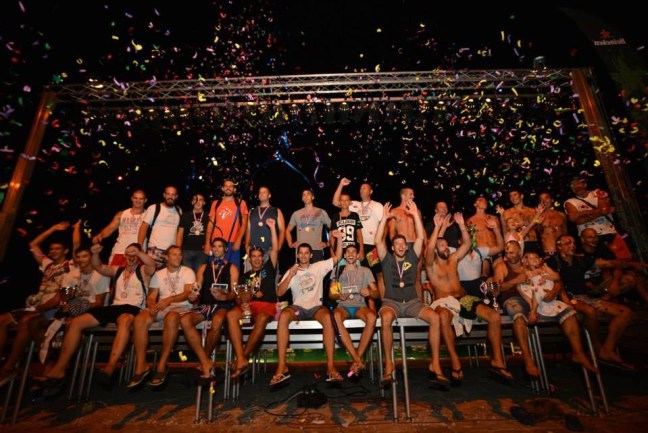 You want to participte on VAK”AN”ZA-, you want to show your sport skills and have a good time? No problem, the procedure is very simple. Right here, on this page, you will find the instructions to registrate, read it, click Login and the procedure will be done very quickly. Registration date is from 1st of June to 17th of July and you can register anytime you want, but maybe you shouldn’t wait for the last moment. Visit our official page, follow us on Facebook, Twitter and Instagram. This is your unique chance, join us in the craziest sports-music event of the summer in Zadar. Find out what is waiting for you in a completely new, exciting and never more intense VAK”AN”ZA. Surprises are ready, we are waiting for your registration and don’t forget:
You can be the first and you can be the last, your future on VAK”AN”ZA is your tournament past!

The only one and the most massive amateur water polo project in the world, full of sports, and entertainment events. Our goal is to create a project for everyone, our goal is to make our town more beautiful and to write a new story about Zadar. There is not much time left, don't hesitate, take a deep breath and 'dive in' with us in the wildest Sports&Music project of the summer. Ladies & Gentlemen, welcome to the Sport & Music Fiestival VAK''AN''ZA 31%.